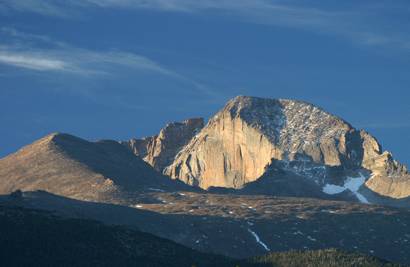 As you might know, the ARB is planning a lot for 2007. We're hard at work on not one, but two, OpenGL specification revisions code named "OpenGL Longs Peak" and "OpenGL Mount Evans." If you're not familiar with these names, please look at the last edition of the OpenGL Pipeline for an overview. Besides two OpenGL revisions and conformance tests for these, the ARB is also working on an OpenGL SDK, which I am very excited about. This SDK should become a valuable resource for you, our developer community. You can find more about the SDK in the Ecosystem TSG update in this issue.

OpenGL Longs Peak will bring a new object model, which was described in some detail in the last OpenGL Pipeline. Since that last update, we made some important decisions that I would like to mention here:

Lastly, a few updates on upcoming trade shows. We will be at the Game Developers Conference in San Francisco on Wednesday March 7, presenting in more detail on OpenGL Longs Peak and other topics. Watch opengl.org for more information on this! As usual we will be organizing a BOF (Birds of a Feather) at SIGGRAPH, which is in San Diego this year. We have requested our usual slot on Wednesday August 8th from 6-8pm, but it has not yet been confirmed. Again, watch opengl.org for an announcement. Hopefully I'll meet you at one of these events!

In the remainder of this issue you'll find an introduction to OpenGL ES, updates from various ARB Technical SubGroups, timely information about OpenGL on Microsoft Vista, and an article covering how-to optimize your OpenGL application using gDEBugger. We will continue to provide quarterly updates of what to expect in OpenGL and of our progress so far.